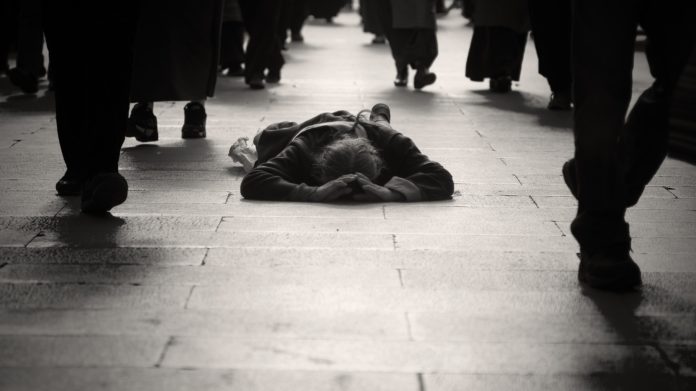 In most industralised countries, the average age of workforce tend to increase. Employees are getting older and replaced by technological innovations. Robots or Artificial intelligence (AI) will replace many jobs in the near future.

With Asia-Pacific (APAC) expecting an increase of 200 million elderly people (aged 65 and above) between now and 2030, it is imperative that businesses in Malaysia need to adapt quickly to the fast evolving demographic trends.

An ageing workforce certainly presents the problem of increased Absenteeism, that inadvertently affects employee productivity due to the higher healthcare needs of older employees. However, there is another phenomenon with significantly greater effects on employee productivity that should warrant our attention as well: Presenteeism.

The term ‘Presenteeism’ is defined as “the practice of being present at one’s place of work for more hours than is required or despite being ill and experiencing other events that might normally compel absence, because of the manifestation of insecurity about one’s job“. Companies with ageing workforce risk problems of Presenteeism – a situation where workers are paid for non-productive hours, and inflate the payroll expense.

Before businesses go about implementing measures to alleviate the effects of Presenteeism, they first need to consider what causes it to occur among their employees in the first place. The causes of Presenteeism can be classified into two broad categories: Impairment and Motivation.

Presenteeism caused by Impairment is generally related to employees’ health, whereby employees turn up for work despite being unable to function properly as a result of poor health be it the common flu or migraine. Reasons for doing so may include pressure from employers for work completion, fear of losing out to colleagues for promotions and even over-dedication to their work. The effects of Impaired Presenteeism can be very severe with employees choosing to immerse themselves at work so much that it potentially results in their untimely death, as we have seen in recent times.

Presenteeism caused by Motivation, on the other hand, involves a level of disengagement from work so significant, perhaps due to feelings of redundancy, that the employee’s ability to perform tasks is compromised. Wasted time at work means businesses lose out a great deal on employee productivity.

As many organisations strive towards leaner structures and greater efficiency, it comes at no surprise that the job landscape is becoming increasingly competitive with more employers having excessive expectations.

It is nearly impossible to avoid Presenteeism at the workplace but nonetheless, it doesn’t mean all hope is lost.We have put together a list of affordable measures that businesses can easily implement within their operations to alleviate some of the effects of Presenteeism:

Presenteeism has been described as a complex ‘problem’ that is largely influenced by both individual and organisational factors such as peak periods and project deadlines, pressure from colleagues and managers, and employees’ personal assessment on the impact that their absence has on clients and colleagues.1

The first step to take when dealing with Presenteeism, is ensuring that all employees are made aware of the issues presented by it and for line managers to undergo training for spotting unwell employees and knowing how to deal with the situation. As mentioned earlier, Impaired Presenteeism stems from the choice of employees’ to go to work despite being unwell.

While it is crucial that employees are educated to take responsibility for both their mental and physical wellness and recognize that employers are in favor of them taking the rest they need to be at their best performance, chances are that stubborn employees will still choose to go against better judgement and forsake their health for career gains.  At the same time, managers need to be trained on how to assess the situation and make sensible decisions when approaching unwell employees at work so as to avoid scenarios such as this.

These days, it’s fairly common practice for businesses to keep employee absence rates as low as possible by implementing relatively harsh absence policies. This may include measures such as strict guidelines for absence notice, wholly relying on absence rate to measure productivity during performance appraisals etc. While such measures are certain to reduce absence rates ‘on paper’, it does raise greater issues with employees attending work while sick, suffering stress and anxiety during their absence and subsequently becoming more unwell.

While it does ensure close monitoring of employee attendance, implementing a smart system that incorporates analytical features to measure data such as the Bradford Factor, ensures understanding among employees that they will not be penalized for requiring time off from work due to illness. If employees feel that absences are fairly recorded and accounted for, they will feel more comfortable taking time off work to recover in times of genuine sickness. At the same time, it enables businesses to identify employees who are playing truancy and avoiding responsibilities. Absence management is not just a way for employers to keep track and monitor employees, it also acts as a secure and accurate record for employees to fall back on.

In a personal account, where the author expresses his concerns on the effectiveness of corporate wellness programs, it is clear that dealing with Presenteeism is not simply about offering health perks to employees. Of course that is not to say it isn’t beneficial to employee morale and general health at all. However, health perks such as free gym memberships among other corporate benefits, as well as office decorations can be a costly investment that many small businesses may not be able or willing to afford. A few corporate wellness programs to consider instead are:

The ability for an employee to work on flexible schedules is all about creating a sense of empowerment that seems to be lacking in employees affected by Presenteeism.

Especially in our digitized world today, many employees don’t actually have to be physically present at work on a 9-5 schedule everyday to perform tasks at work. There no longer exists a direct correlation between the length of time an employee is sat at their desk, with the value they are able to bring about to the business. Having flexible work schedules does not mean employees end up working less but rather, it allows employees to optimize their own working patterns and reduce the need for dragging themselves into work in an unfit state of mind or body. Rather than being focused on timetable performance, employees are able to shift their focus on the quality of their deliverables and ultimately perform much better at their jobs.

While it remains tricky to solve the issue of Presenteeism, cultivating a workplace environment where all employees have a deep understanding on the issues that arise from Presenteeism will contribute to businesses achieving greater productivity for the long haul.

How SMEs can innovate despite COVID-19 crisis

6 Ways to Minimise Risks to your Health at the Workplace

What you should note when Hiring Contract Workers

Turning around the Hate-Hate relationship between Employees and HR